One of the most iconic sports cars that Aston Martin has ever made - the DB4 GT is to see the light of day again as the company has embarked on a run of 25 continuation models to be built at the car’s original birthplace in Newport Pagnell.

Only 75 GT’s were made when the car was originally put into production between 1959 and 1963, of which only 7 were of the lightweight specification to which the new models will be built.

However, before production of this special run of DB4 GT’s could commence, the team at Aston Martin needed to develop a workshop fitting for such an important car to begin its life. Having successfully fitted out the facility for the One-77 and the company’s worldwide network of dealers’ workshops, Dura was the natural choice.

But whilst the cars are undoubtedly of another era, the workshop is the epitome of modernity. Finished in a textured paint, the new centre doesn't just provide a stunning backdrop but also creates a highly efficient area in which the technicians can work as they painstakingly create the 25 continuation models.

“Aston Martin wanted a centre of excellence in which to build these cars and that is exactly what we have delivered” said Manging Director Dominic Wishlade. “We are very proud to be associated with this project and to continue a very successful working relationship with Aston Martin that has been going for nearly twenty years”.

Dura's All In One Workshop Solution 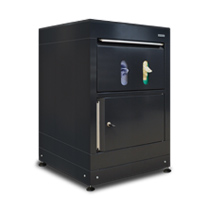 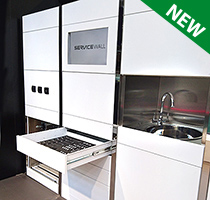